BROWSER ALERT!
The browser you are using is out of date, and unable to display the website you are trying to access.
In order to view GreatGulf.com, please upgrade to the newest version of any of the web browsers listed below.

Since the late 2018 start of construction on a condominium tower at 357 King West in Toronto’s Entertainment District, the 42-storey building from Great Gulf has made great strides. Having progressed through below-grade work before beginning its ascent at the southwest corner of King Street West and Blue Jays Way just over one year ago, the BDP Quadrangle-designed project is now quickly rising. 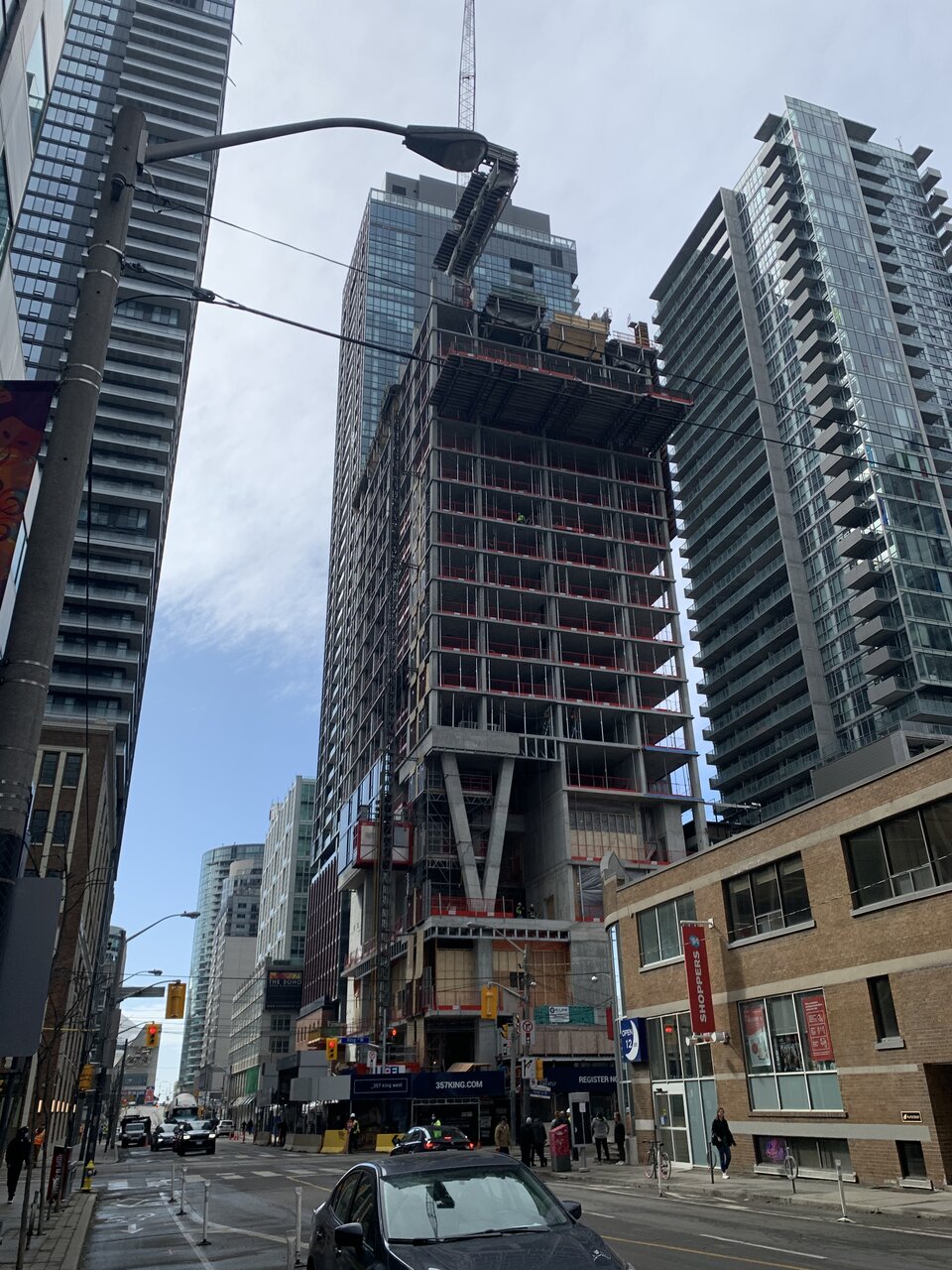 We last checked in on construction at the start of February, when the first few tower floors had emerged above the distinctive Y-shaped column than spans a three-level amenity area. In the seven weeks since, the forming of repeating floor layouts has allowed the tower’s rise to by a floor a week: concrete is now being poured for the 19th floor. A view from M5V condos to the west is gradually being obscured by the rising 357 King West while offering a look at how climbing formwork moves in step with the tower’s ascent when animated across several weeks.

As the tower rises higher, cladding installation is progressing on lower floors. Along the east elevation, a mix of materials has appeared including window wall glazing with dark-tinted glass and operable windows framed in black aluminum mullions, with equally dark aluminum spandrel panel walls separating the windows. 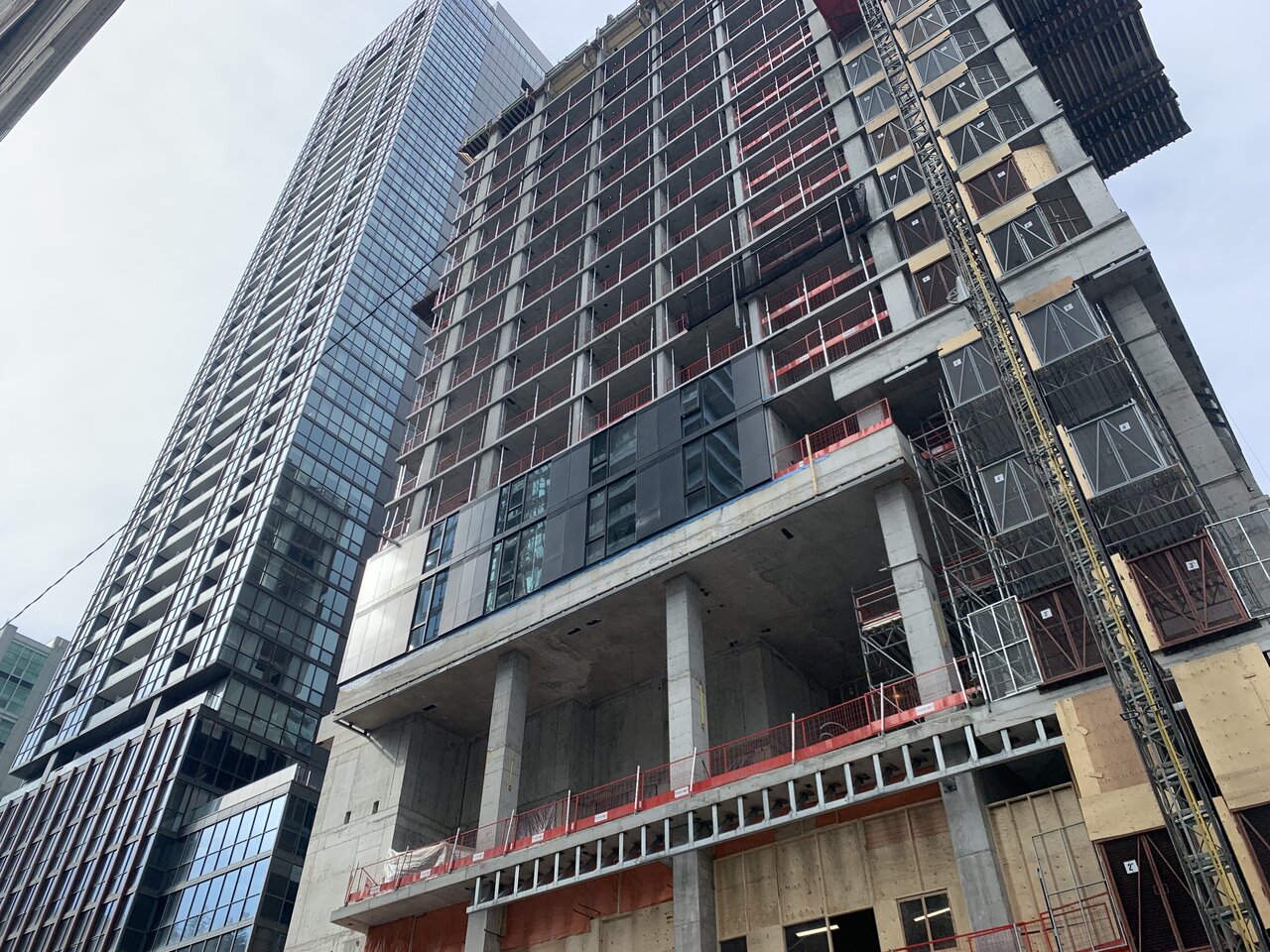 Contrasting the dark finishes on the eastern face of the tower, the west wall is going multi-tonal. 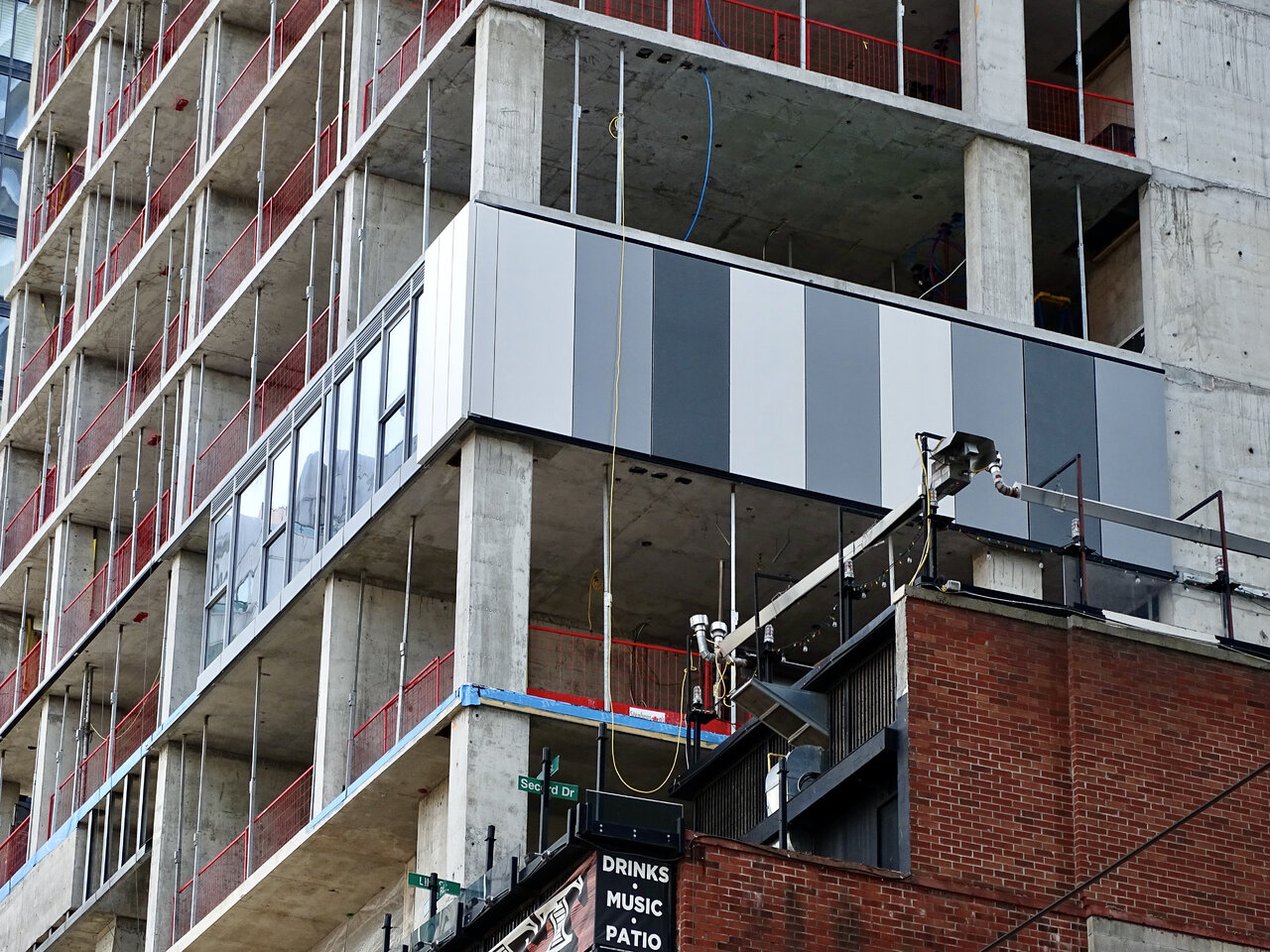 Cladding on west side of 357 King West, image by Forum contributor Red Mars

Along its west side, the tower is being built to lot line, requiring an opaque party wall to allow potential redevelopment beside it. In a creative solution similar to what was witnessed a few years back at the Residences of the RCMI on University Avenue, 357 King West is addressing this requirement with a patterned wall of multi-toned metal panels that will create a dissolving effect as the building rises. 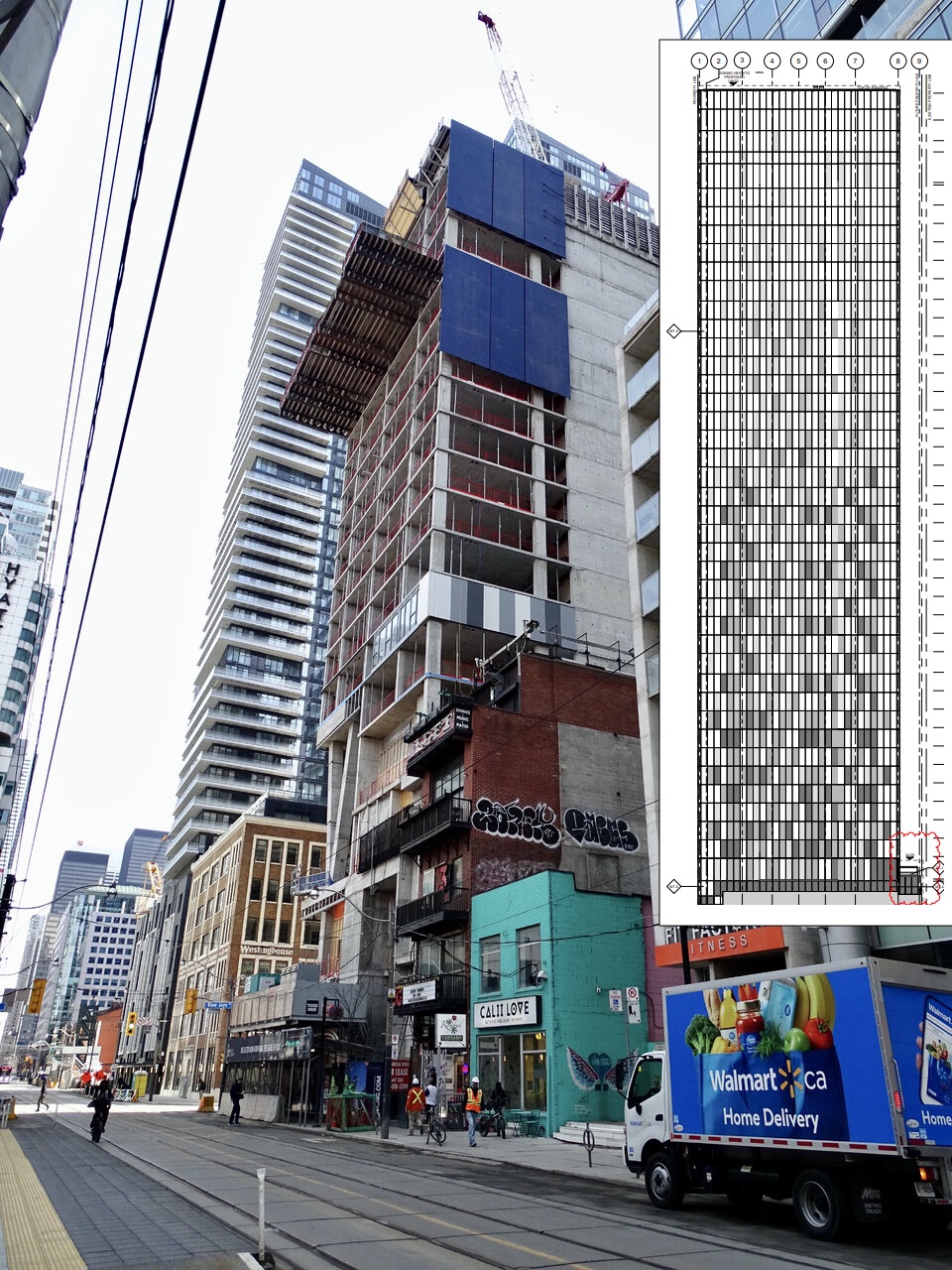 The project is fast rising to an eventual height of just over 148 metres. Set to welcome its first residents next year, 357 King West will bring 324 new condominium units to an area of the Entertainment District that has become known for its high density and increasingly vertical urban character over the last several years.